The past is a foreign country; they do things differently there.

I wonder how different modern slavery numbers would be, given fair and broad assessment.

on this day in history, the Turkish Cypriots were saved from genocide and ethnic cleansing by Turkey invoking the Treaty of Guarantee to save us from oblivion!!!

During 11 years of bloodshed, 103 Turkish Cypriot villages were destroyed. By the Turkish Intervention of 1974, the junta government of Cyprus had demonstrated genocidal ambitions against the Turkish Cypriots. As Nicos Sampson, then ruler of Cyprus, himself declared, “Had Turkey not intervened I not only would have declared Enosis (unification with Greece) but I would have annihilated the Turks in Cyprus.” That mirrors similar and continuing statements from Palestinians. https://www.jewishpress.com/indepth/opinions/why-israel-should-recognize-the-turkish-republic-of-northern-cyprus/2013/02/24/

I wish I had been a better archiver because I had Hansard record of a Tory MP giving evidence to parliament of the Greeks genocidal ambitions against us, but that was on an old PC that died and I lost the links! :(

I don't apologise for this, I know it's controversial and others might disagree but as far as I'm concerned we faced the very real risk of being obliterated while the world watched and did nothing, as is always the case, just look around the world and see all the other atrocities taking place for years and years and no one says anything, all the while countries deny their own bloody history of genocide and similar. Every country, every nation has blood on its hands, no country, no nation can point fingers...all must accept their heinous past and present...all must act against humanitarian crimes or we have learnt nothing from our collective history!

Kirsten, ronin, LB: Time to Find a Job, and liked this

https://www.bbc.co.uk/news/uk-england-kent-53449027 Black train guard 'omitted' from history "The family of Asquith Xavier, who fought racist recruitment policies, say "no one knows about him"."

LB: Time to Find a Job and Jennifer D. liked this

Kirsten and MoTO Babycakes liked this

yep, I guessed the name and I was right: Nigger was a male black labrador retriever belonging to Wing Commander Guy Gibson of the Royal Air Force, and the mascot of No. 617 Squadron. Gibson owned the dog when he was previously a member of 106 Squadron. Nigger often accompanied Gibson on training flights[1] and was a great favourite of the members of both 106 and 617 Squadrons. He was noted for his liking of beer, which he drank from his own bowl in the Officers' Mess.[2] https://en.wikipedia.org/wiki/Nigger_(dog)

https://www.reddit.com/r/ArtefactPorn/comments/hqgj3u/a_golden_hindu_upavitasacred_thread_this_is_one/?utm_medium=android_app&utm_source=share r/ArtefactPorn - A golden Hindu "Upavita/Sacred Thread". This is one of the most important pieces in the Butuan Gold Hoard, a very rare artifact that survived the Spanish colonial period in what is now the Philippines. [852x1000] "2,152 votes and 58 comments so far on Reddit"

https://www.thevintagenews.com/2017/11/28/the-life-of-the-knocker-upper/ The life of the knocker-upper: How "human alarms" made sure everyone was up for work "The Industrial Revolution introduced the working class. As factories bloomed all over Great Britain, they employed more and more people whose daily"

fax and misha liked this

https://londonist.com/london/transport/tube-train-pie-refreshment-specials-blitz-london-underground London Once Had 'Meat Pie' Tube Trains "Bring them back please."

fax, LB: Time to Find a Job, Akasya, and Only Vili liked this

https://www.haaretz.com/archaeology/.premium-archaeologists-tie-down-invention-of-string-to-more-than-120-000-years-ago-1.8980145 Israeli archaeologists tie down invention of string to more than 120,000 years ago "***"

LB: Time to Find a Job liked this

Glass is an immensely interesting archaeological material: While its fragility and beauty is fascinating in itself, geochemical studies of invisible tracers can reveal more than what meets the eye. In a new international collaboration study from the Danish National Research Foundation’s Centre for Urban Network Evolutions (UrbNet), the Aarhus Geochemistry and Isotope Research Platform (AGiR) at Aarhus University and the Danish-German Jerash Northwest Quarter Project (Aarhus University and University of Münster), researchers have found a way to determine the origin of colourless glass from the Roman period. The study is published in Scientific Reports.

https://www.thevintagenews.com/2017/10/18/german-womans-jacket-catches-fire-after-she-mistakes-white-phosphorus-for-amber-on-beach/ German woman's jacket catches fire after she mistakes white phosphorus for amber on beach "For the countries scarred by World War II, the war lives on outside of history books. This is a truth that one German woman was reminded of on August 4th"

https://www.reddit.com/r/ArtefactPorn/comments/hcvqhp/a_16th_century_safavid_bowl_made_from_a_single/?utm_medium=android_app&utm_source=share r/ArtefactPorn - A 16th century safavid bowl made from a single agate stone. Now on display at the Islamic Art Museum in Doha [1600x1067] "3,400 votes and 63 comments so far on Reddit"

LB: Time to Find a Job, Kirsten, origin, and liked this

https://www.mentalfloss.com/article/29761/when-did-americans-lose-their-british-accents When Did Americans Lose Their British Accents? "Readers Nick and Riela have both written to ask how and when English colonists in America lost their British accents and how American accents came about."

https://www.mentalfloss.com/article/578187/teenage-girl-gang-seduced-and-killed-nazis The Teenage Girl Gang That Seduced and Killed Nazis "In the 1940s, sisters Freddie and Truus Oversteegen used their unassuming profile as teenagers to ambush and kill Nazis in the Netherlands."

LB: Time to Find a Job liked this

https://phys.org/news/2020-07-aboriginal-artifacts-reveal-ancient-underwater.html Aboriginal artifacts reveal first ancient underwater cultural sites in Australia "The first underwater Aboriginal archeological sites have been discovered off northwest Australia dating back thousands of years ago when the current seabed was dry land."

Calculation of ж and ч, Jennifer D., vulpius, trudno wytłumaczalny, and 9000 liked this

"Australia is a massive continent but few people realise that more than 30% of its land mass was drowned by sea-level rise after the last ice age. This means that a huge amount of the archeological evidence documenting the lives of Aboriginal people is now underwater."

https://www.sciencealert.com/archaeologists-in-turkey-have-uncovered-a-mysterious-ancient-kingdom-lost-in-history Archaeologists in Turkey Have Uncovered a Mysterious Ancient Kingdom Lost in History "It was said that all he touched turned to gold. But destiny eventually caught up with the legendary King Midas, and a long-lost chronicle of his ancient downfall appears to have literally surfaced in Turkey." (by Peter Dockrill)

zitardas and Kirsten liked this

https://www.newframe.com/masks-from-ancient-cultures-to-renewed-relevance/ Masks: from ancient cultures to renewed relevance "Masks link us to the past and – as most of us are wearing them to go out in public now – define the present. They have the power to connect us to new perspectives."

what's the record for the shortest term as an MP before becoming party leader?

https://www.facebook.com/NowThisPolitics/videos/270363507375249 Segregation Myth: Richard Rothstein Debunks An American Lie "THE MYTH BEHIND SEGREGATION: ‘The racial segregation in every metropolitan area in this country was created by racially explicit government policy,..." 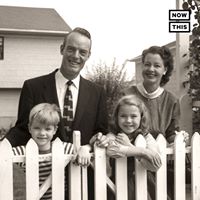 THE MYTH BEHIND SEGREGATION: ‘The racial segregation in every metropolitan area in this country was created by racially explicit government policy, designed to create racial boundaries.’ — Segregation expert Richard Rothstein has spent his life debunking the American myth that white and Black people live separately by choice

If you know of a British equivalent book, please share.

Modeling the Human Trajectory "In arriving at our funding priorities---including criminal justice reform, farm animal welfare, pandemic preparedness, health-related science, and artificial intelligence safety---Open Philanthropy has pondered profound questions. How much should we care about people who will live far in the" https://www.openphilanthropy.org/blog/modeling-human-trajectory

Soup and origin liked this

https://en.wikipedia.org/wiki/Steel_Crown_of_Romania Steel Crown of Romania - The Steel Crown of King Carol I of Romania was forged at the Army Arsenal (Arsenalul Armatei) in Bucharest from the steel of a cannon captured by the Romanian Army from the Ottomans during its War of Independence.

Soup and misha liked this

Carol I chose steel, and not gold, to symbolize the bravery of the Romanian soldiers.