Kirsten, John B., Catherine, and liked this

"At first glance, an amateur might look up at the night sky and mistake the dancing lights for an aurora, which is caused by particles that come down magnetic field lines into Earth's upper atmosphere. The charged rain gives energy to atmospheric molecules and atoms, which in turn, take the energy and radiate light."

It’s made of meat

much better than an ice cream cone!

I need this in my life.

Valentino Rossi started with this! Teens like to customize their Ape https://www.youtube.com/watch?v=mlyXW45iNI0

Those mods are so cool! I’d love one of these to putt around the neighbourhood in.

Working on my summer body.

Halil, Hematite, foglia, and liked this

The Original Version Of Prince's 'Nothing Compares 2 U' Has Just Been Released And It's Amazing! !https://youtu.be/cpGA0azFdCs

I need to be in the right head space to watch this.

Shower thoughts: "Maybe crickets have the exact opposite sense of humour to us, so whenever you hear crickets after a bad joke it’s just your tiny fan club absolutely dying with laughter."

Kirsten, John B., bentley, and liked this

Seized bearing, I have defeated you!!

@barrywynn: I will add this to my growing inventory of superpowers, which also include: the ability to delay gratification, and knowing exactly the right time to eat an avocado.

Here's that new Strawberry Alarm Clock tune I was telling you about.

Eivind and MoTO Babycakes liked this

"By any usual interpretation, the hacker has stolen money from other users and violated the intent of the DAO. However, according to the DAO’s own legal contract, there is no such thing as theft and the intent is completely unimportant. the only important and relevant thing are the smart contracts themselves. Consequently, there is no real legal difference between a feature and an exploit. It is all a matter of perspective." http://www.bloomberg.com/view/articles/2016-06-17/blockchain-company-s-smart-contracts-were-dumb

"The U.S. legal system has built up a pleasantly redundant system of safeguards so that investors usually get more or less what they expect. If you invest in a U.S. public company, you are in a sense signing up for a certificate of incorporation and bylaws, which are written in lawyerly language. But you also get a prospectus that explains the terms of your investment in relatively (relatively!) plain English. Also the terms of that investment -- how you vote, what duties the company owes you, what rights you have, etc. -- tend to be constrained by federal securities law, state law, stock exchange listing requirements, underwriter due diligence, public policy, custom and tradition. Even if you invest in a company whose bylaws say that the board of directors can sacrifice you to a demon on the first full moon of a leap year, it's unlikely that that term would be enforced. There is only so much leeway to depart from the standard terms."

Can you find the US states without any outlines and without making any mistakes? - https://www.sporcle.com/games/mhershfield/us-states-no-outlines-minefield

The lines on these aren't drawn particularly well.

I had a very hard time trying this on my phone due to some line issues, but once I tried on my computer all was well.

This just in: Rhode Island not actually an island.

Halil, Jakalicius, Sleepers, and liked this 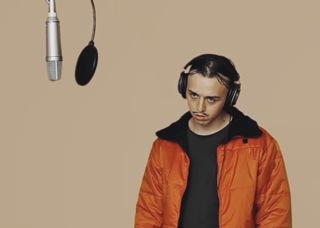 He has a certain je ne sais quoi.

It’s the only way to fly.

Why Are All “Star Wars” Movies the Same? https://www.newyorker.com/culture/culture-desk/why-are-all-star-wars-movies-the-same

John B., nomnomski, and fax liked this

"Apparently, it’s impossible to imagine a galaxy far, far away in which the Millennium Falcon doesn’t weave through a canyon and Rebel bases are not besieged; there must always be a Jedi warrior with a British accent, and bands of resistance fighters must always include a raffish rogue with cool hair; someone must always conceive a crazy plan to sneak into an enemy stronghold and then get caught. Just as one’s dreams converge on the same situations (the pop quiz, the dentist’s office), so “Star Wars” seems to take place in a dream world in which old friends are perpetually reuniting and nobody can find his or her parents."

Meanwhile, it only costs $45 to join the Democratic Socialists of America: https://act.dsausa.org/donate/membership/

The thing that irks me more than missing my goal, is that the failed challenges don't show up with the others. I'd like to have the option of displaying them too.

There is something magical about fishing lures. I don't fish all that often, but I can spend hours looking at them in the hardware store.

Don’t feel bad, they are designed first and foremost to catch the apple of the fisher’s eye.

The first Incredibles movie was 13 years ago? How is this possible?

Michael W May, Jennifer D., John B., and liked this

I wish I could find more plant breeding opportunities out there. The ones I can find are near Guelph.