Search for '#BlackHistoryMonth' in texts

RT @profwolff: Two centuries of US capitalism not only failed to overcome systemic economic discrimination against African-Americans, it became cemented into the society's structure (see below). No equality of economic opportunity, nor of outcome. #BlackHistoryMonth https://t.co/SP2AmgCLZU .

City of Pasadena on Twitter "“In 1883, Missouri native Joseph Holmes drove a cattle herd from Nebraska to Los Angeles. After delivering the cattle, he purchased a grape vineyard in Pasadena and became its first black resident. #BlackHistoryMonth #PasadenaHistory #TBT”" https://twitter.com/PasadenaGov/status/1098740001167175681

Jennifer D., Soup, and John B. liked this

Because why not? Just hang out here for a while.

@julian2: Especially at that time, it was a pretty stunning place to hang out. I wonder if they were eating or wine grapes? LA has a wine history, believe it or not.

He might be the first African-American resident. There were Spaniards and Mexicans who were of African descent as well and some of them may have lived in what later became Pasadena. Alta California governor Pío Pico was of African descent. The midwife who delivered him lived in an adobe in South Pasadena (my hometown and present location). https://en.wikipedia.org/wiki/Pío_Pico Those Pasadena/South Pasadena borders didn't get drawn 'til much later, though.

RT @RoKhanna: In 1970s, Jerry Lawson created the first home gaming console that used cartridges instead of having games built directly into the hardware. His groundbreaking technology became the foundation for Atari, Nintendo, and Sega. #BlackHistoryMonth https://t.co/IseeEfHKEz .

American Psychiatric on Twitter "“Solomon Carter Fuller, MD was the first black psychiatrist and key player in Alzheimer research. In recognition of his achievements, the APA in 1969 established the Solomon Carter Fuller Award to honor pioneering black citizens. #BlackHistoryMonth”" https://twitter.com/apapsychiatric/status/1095330598091132928?s=21

RT @the_bernie_bro: Lets be clear about the reality of what happened today: Ilhan Omar was BULLIED into apologizing for making accurate comments how money influences the decisions of US lawmakers. A Muslim WoC was BULLIED &amp; SMEARED by Repubs AND Dems. Its utterly disgusting #BlackHistoryMonth .

Ola Ojewumi on Twitter "“Brad Lomax was a disabled member of the Black Panther Party. He worked at the Panthers’ George Jackson Clinic. The Black Panthers were instrumental in disability rights with their work to make free healthcare accessible to all. #disabledblackhistory #blackhistorymonth”" https://twitter.com/Olas_Truth/status/1094748023803052034

Ola Ojewumi on Twitter "“This is why I love PBS!

I had no idea Medicare was created in part to enforced civil rights and stop hospital segregation?!

Ola Ojewumi on Twitter "“This is why I love PBS!

I had no idea Medicare was created in part to enforced civil rights and stop hospital segregation?!

@WeAreDisabled is a rocur account which has a different disabled person hosting every week. This week has been @blackbrownspoon and they've been focusing on Black and disabled people.

WeAreDisabled: @blackbrownspoon on Twitter "“Black physicians during the Jim Crow era built their careers in “Colored only” hospitals, started medical journals and the National Medical Association (the AMA was “Whites only”).

WeAreDisabled: @blackbrownspoon on Twitter "“Black physicians during the Jim Crow era built their careers in “Colored only” hospitals, started medical journals and the National Medical Association (the AMA was “Whites only”).

Tracee Garner on Twitter “Lois Curtis made #disabledblackhistory suing Georgia for violating ADA. A Black woman with an intellectual disability helped to bring about the most influential civil rights decision for disabled people, the Olmstead Act decision #blackhistorymonth https://t.co/lPJaZJbepK” https://twitter.com/teegarner/status/1092832829308841985?s=21 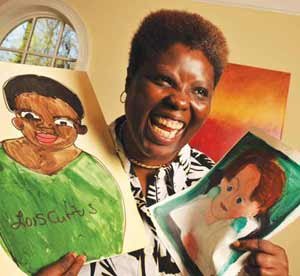 Zaira Miluska on Twitter “In honor of #BlackHistoryMonth, I want to remind y’all that Afro-Salvadoran history/legacy *is* black history. A history not well recorded in a country that continues to deny the existence of any African presence...” https://twitter.com/ZmiluskaF/status/1091248680777146369

RT @TeodroseFikre: I wrote this article about America's original sin and the color line that continues to imprison humanity. A very important article to read given today being the start of #BlackHistoryMonth https://t.co/5qWREXBcki .

Tomorrow's Engineers on Twitter “In honour of the start of #BlackHistoryMonth meet the mechanical engineer and inventor whose products gave us the phrase "the real McCoy". Born in 1844 Elijah McCoy was a prolific inventor who held 57 patents. His most famous invention was an automatic l… https://t.co/KaqMlUlBhj” https://twitter.com/Tomorrows_Eng/status/1046666959188889600

Kirsten and MoTO Babycakes liked this

Black History Month in the UK, that is.

Vilissa Thompson on Twitter "“Sharing a piece of #BlackDisabilityHistory with you. #BlackHistoryMonth Thanks to sis @RebeccaCokley for the factoid.”" https://twitter.com/vilissathompson/status/961590973783568389

RT @ninaturner: There. It. Is! No matter what, keep going! #BlackHistoryMonth #SaturdayMorning https://t.co/q9o4SSXh3J . 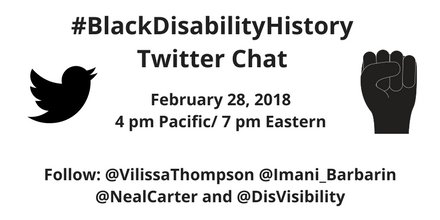 Discover Los Angeles on Twitter “ICYMI: Meet the African American architect who was involved in the design and redesign of L.A. landmarks such as the @BevHillsHotel https://t.co/3bcw3coW0z * #BlackHistoryMonth” https://twitter.com/discoverLA/status/964968405521506304

Also the architect of the mansion in Pasadena that was used as the exterior of Wayne Manor in the '60s Batman TV series.

LAX Airport on Twitter “In 1994, Patrice Clarke-Washington became the first African-American woman captain for a major U.S. airline, @UPSairlines. "I wanted to fly airplanes because I wanted to travel and see the world. That’s the only focus I’ve ever had." #BlackHistoryMonth https://t.co/82tAusCoiw” https://twitter.com/flyLAXairport/status/961824610818781186

StephAnie Wear A Mask, Kirsten, Halil, and Soup liked this

MissingSciFaces on Twitter “Professor Audrey Shields Penn (b 1934), a neurologist who studied the biochemistry of muscle weakness in myasthenia gravis. 1st African-American woman to have served as director of an @NIH institute @NINDSnews https://t.co/zlhoXGlItX Day 6 of #BlackHistoryMonth” https://twitter.com/missingscifaces/status/960840305598754816

MissingSciFaces on Twitter “Professor Marguerite Thomas Williams (b 1895): 1st African-American (male or female) PhD in geology (1942). She identified human factors among the causes of erosion of the Anacostia River; taught at UDC. https://t.co/zlhoXGlItX Day 5 of #BlackHistoryMonth” https://twitter.com/missingscifaces/status/960493638001315840

Charles Preston on Twitter “#BlackHistoryMonth I post this every year and I pay $2 a month to keep it open. I compiled a free Black history library equipped with pdfs, ebooks, and little video on: SNCC, The Black Panther Party, Harriet Tubman, Zora Neale Hurston, Garvey, Malcolm, Fanon:” https://twitter.com/_charlespreston/status/960677546579955722