Search for '#okunom' in texts

https://www.politico.com/news/magazine/2020/05/03/us-history-first-women-terrorist-group-191037 The Dark History of America’s First Female Terrorist Group "The women of May 19th bombed the U.S. Capitol and plotted Henry Kissinger’s murder. But they’ve been long forgotten."

stumbled upon, haven't read it yet, it's late, might eye while lying in bed or read it tomorrow.

We also have @longreads for this type of stories 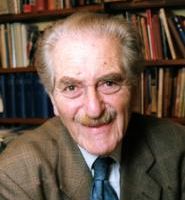 @gohomekiki found the link, here it is if you wanna have a peruse, also, @grizabella adding you too, in case you lost the link.

I never thought after the latin alphabet change aspects of this.

How did an insignificant little settlement by the river Tiber grow into a mighty empire encompassing the Mediterranean world and much of western Europe? Mary Beard reveals the secret that lay behind the Roman empire’s extraordinary expansion... http://www.historyextra.com/article/bbc-history-magazine/why-rome-ruled-world

I wonder if the Arron Banks rascist rant and mansplaing was as a result of this recent article? Please see https://mokum.place/brits-irish/970062 for more details

@halil: He tweeted about the Roman empire having fallen due to "invading hordes", clearly meaning some allegory to migrants and refugees arriving in Britain. She tweeted him that he needed to read up on his Roman history. And then it went from there.

A recent BBC history documentary in which Mary Beard appeared but was not hosting revealed that a black women was born and lived in Britain ~1800 years ago, DNA analysis proves this. A commemorative plaque was placed in her honour in the town she lived! That current town is all white and they were all suprised and fascinated also they acknowledged they had to rethink their views about the history of their home. In conclusion, blacks have lived in Britain for at least the last ~2000 years!!! 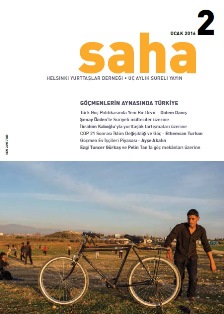 vikram, kickdrum, aralik, and liked this

« Onfim was a boy who lived in Novgorod, Russia, in the 13th century. He left his notes and homework exercises scratched in soft birch bark which was preserved in the clay soil of Novgorod. Onfim, who was six or seven at the time, wrote in Old Novgorodian; besides letters and syllables, he drew "battle scenes and drawings of himself and his teacher". » https://en.m.wikipedia.org/wiki/Onfim

« Onfim was being taught to write, but he was obviously restless with his lessons and when he could get away with it, he intermixed his assignments with doodlings. In this first example, he started to write out the first eleven letters of the alphabet in the upper right corner, but got bored and drew a picture of himself as a grown-up warrior impaling an enemy with his spear. To remove any doubt about the identity of the warrior, he even labeled the person on the horse as "Onfim." Fantasies of becoming a mighty warrior were not the only things that Onfim thought up though. In another example, he took the piece of bark that he was practicing on (left), turned it over (right), and drew a picture of himself disguised as a wild beast (which he identified by writing "I am a wild beast" [Ia zver'] over it). The beast, with its long tongue (or fiery breath), is apparently still a friendly beast as it is carrying a sign that reads "Greetings from Onfim to Danilo" [Poklon ot Onfima ko Danile]. Danilo (i.e., Daniel) was probably a friend, perhaps even a schoolmate sitting next to Onfim. Onfim liked to draw people and while his artistic aptitude may have been lacking, he was prolific. » http://www.goldschp.net/SIG/onfim/onfim.html