Heavy snowstorm timelapse in winter Helsinki [ Jazz Hop / Tip Hop / Chill Mix ] "Helsinki has been hit hard by heavy snowstorm and got the deepest snow cover in Finland (including Lapland). It's not the best time for street walking, so ..." https://www.youtube.com/watch?v=N4EJXUnLmHc

"Parler, a social media website and app popular with the American far right, has partially returned online with the help of a Russian-owned technology company. Parler vanished from the internet when dropped by Amazon Inc's hosting arm and other partners for poor moderation after its users called for violence and posted videos glorifying the Jan. 6 attack on the U.S. Capitol. On Monday, Parler's website was reachable again, though only with a message from its chief executive saying he was working to restore functionality."

our bizarre but helpful friend, a fanfare of swans, not mein kampf of tea, and liked this

The Finnish Jaloviina ("noble Brännvin", colloquially Jallu) is a cut cognac with 38% (one star) or 40% (three stars) ABV. It has a strong taste and 4–7 grams of sugar per liter, depending on the grade. Special or vintage batches are also bottled, these may have slightly higher alcohol and sugar content. The brandy used for Jaloviina is cognac. Jaloviina Tammi is a limited-edition bottling to celebrate the Finnish independence

ftt, foglia, kedidelisi=^.^=, and liked this

Why do they always say I'm drunk when I'm being a little bit creative?

America’s Next Authoritarian Will Be Much More Competent "Trump was ineffective and easily beaten. A future strongman won’t be." (by Zeynep Tufekci) https://bit.ly/3l56kVq

Halil, grizabella, John B., and это как сториз liked this

I agree with Tufekci that the next authoritarian candidate is likely to be worse, partly because Trump has already shown how many norms can be broken without consequence. So I think it's really important to have structural reforms that make minoritarian rule more difficult and accountability for the people who enabled Trump. I have no idea if Democrats can accomplish that in the next 2-4 years. Even just cleaning up the damage is going to take a lot of work.

American authoritarians are already at power, and they wield it just fine against their incompetent adversaries: https://philip.greenspun.com/blog/2021/01/14/our-paranoid-friend-who-fears-facebooks-power/

@9000: what makes you sure both Philip and Glenn don't do mistake? leave alone they might twist for sake of proving intentionally false statement, just for sake of "I do because I can"?

@silpol: That would be a question if not for many more cases of banning and deplatforming, all the way to the sitting US president. The forces doing that just happen to remove guys you don't like, and not touch guys you like, but this does not make these forces less formidable and dangerous. You know, there was a guy who did not mind when the regime around him removed communists, homosexuals, etc, until nobody left to stand for him when he was about to be removed, too.

this scene reminded me of the famous beetlejuice scene

Galadriel, John B., and grizabella liked this

Yes, the Pandemic Is Ruining Your Body "Quarantine is turning you into a stiff, hunched-over, itchy, sore, headachy husk." (by Amanda Mull) https://bit.ly/2LXEPR2

Andrei Illarionov _was_ a senior fellow at the Cato Institute’s Center for Global Liberty and Prosperity from 2006 to 2021. https://www.cato.org/people/andrei-illarionov 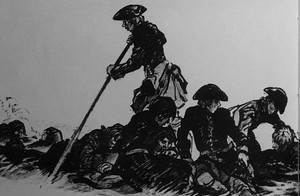 "Thread by @kcimc: gps metadata of 68k videos uploaded to parler some parler users uploaded videos from US military bases. and one near the googleplex. normalized by county thanks to @PeterCBlack here is the csv data...…" https://threadreaderapp.com/thread/1348815246039805953.html

‘Your Cock Is Mine Now:’ Hacker Locks Internet-Connected Chastity Cage, Demands Ransom "Turns out giving an internet-connected device control of your penis may not be the best idea ever." http://bit.ly/2XxWv8n

хорошо что хвост цел, foglia, machine does not surrender, and liked this

emintolga ☀️ and Puma the Wedding cake liked this

"IBM unveiled IBM Z, the next generation of the world’s most powerful transaction system, capable of running more than 12 billion encrypted transactions per ..."